Check Out My Pages Where Recommendations Reside

Life is complicated enough without getting into hotwater with federal agencies so: TAKE NOTE Many things I review I received at no charge in exchange for an honest review. Consider this as informing you that ALL things I review may have been gotten at no charge. Realistically about 40% but in order to keep things above board just assume that I got the stuff free. I do not collect information on my readers. If cookies or other tracking stuff is used on my blogs it is due to BLOGGER not ME. Apparently the European Union's new rules state I need to inform you if cookies are being use. If they are it isn't byu me, consider yourself INFORMED.
Words like, “sponsored,” “promotion,” “paid ad” or even just “ad” are clear ways to disclose that you’re being paid to share information and links so BE AWARE that some of what I write can be described as an AD by the government. BTW I will NEVER say a product is great, super or even acceptable if it isn't, whether I got it free or NOT!

Q&A with Arthur Swan Author of The Encanto 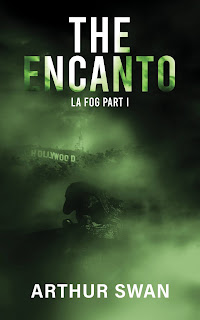 Q&A with Arthur Swan Author of The Encanto

I grew up in Wilson, a small tobacco town in eastern North Carolina. I now reside in Los Angeles. 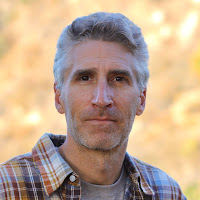 As a very young child, I had plethora of career ambitions ranging from garbage man (the guy who rides on the back of the truck, not the one who has to drive it) to veterinarian. I also recall wanting to be a biologist for a few years and a musician.

3.    What is your education/career background?

In fifth grade, “volunteers” were selected to read our writing assignments aloud to the class. I was deathly terrified. I nearly passed out the first time I stood up there in front of the whole class, everyone staring at me as I tried to discern the slop I passed off as handwriting. After I stuttering through the first paragraph, a miracle happened—the kids laughed at my joke. And hearing their laughter, the ones who weren’t paying attention suddenly perked up. It was a transformative experience. Now the whole class was suddenly ready to hear what came next. They wanted to be entertained. They yearned for it. And I wanted to give it to them. After that, the writing assignments became my highest priority pieces of homework. I learned to type them up, so I could read them more easily, which I’m sure my teacher appreciated, as well.

I like to write at 5:30 in the morning before doing anything else. As the sun comes up and the days starts, I like to be writing. Then no matter how crazy things get later on, at least I know I got some writing done.

A character who readers identify with, who must undergo a transformation.

All the people in LA who lead socially isolated lives because they are so focused on their careers, and, often, moved to LA from somewhere else, with no family or friends or local support network. I started thinking how some isolated person’s life could go totally off the rails with no one else even knowing. Even things that get reported on often get boiled down of a catchy headline. Often, so much is left out that people come to the wrong conclusion. And more often the truth is even more unbelievable than what you hear.

Also I wanted to write about the difference between people who can believe in something without knowing it’s true and those who can’t.

8.    How does a new story idea come to you? Is it an event that sparks the plot or a character speaking to you?

Character. I do like the idea of starting from an event, but without a character who is changed by the event you don’t have a story.

9.    Is there a message/theme in your novel that you want readers to grasp?

I want readers to think about the choices they’re making, if they’re really getting where they want to go. And to think about all the misunderstandings that occur when people communicate, all the misperceptions and incorrect assumptions.

10.  What was your greatest challenge in writing this book?

Getting it done. I thought it would be fun to write a horror suspense novel where I could play with spooky images. Something quick and easy. But now here I am after six years, finally launching the first installment of a quartet.

11.  On a Friday night, what are you most likely to be doing?

Friday night represents a transition from my day job to a relaxing weekend of writing peppered with outdoor activities. I like to start it off with a good meal, maybe a burrito from Aroma Coffee and Tea. Then, either read or watch a show. I love Black Mirror, but sometimes it’s just too dark and too close to reality. Right now, I’m excited about the new season of Ted Lasso.

Read, swim, hike, paddle board, and just sit outside and stare at the horizon.

13.  Who are some of your favorite authors?

14.  What’s the best writing advice you have ever received?

15.  What was your favorite book as a child?

16.  What is the one book no writer should be without?

17.  Is there a character you identify with more than any of the others?

I identify with every one of them. When writing, I imagine I am that character. What it would be like if, for example, I weighed three hundred pounds? I do know what it’s like to want to eat even when I know it’s bad for me or I’m not hungry.  When possible, I read something by someone with that experience, or talk to them. I have a friend who’s overweight and I’ve seen the effect on his self-image.

Ashley is probably the character I have the least in common with but I understand her feeling of social isolation caused by ambition, and living in LA. I’ve seen how isolated some people have become by their own wealth. I understand how living with another person’s family seeds this longing she had for one of her own.

Wayob’s Revenge is currently in the editing phase. Expect it in April or May, 2022.

This book may have been received free of charge from a publisher or a publicist. That will NEVER have a bearing on my recommendations. As an Amazon Associate I earn from qualifying purchases if you click on a purchasing link below.#CommissionsEarned 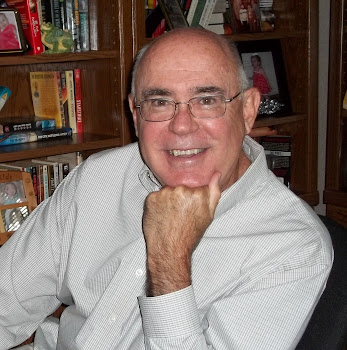 Who am I? Click on Me to Find out.

What about Me?: Well Children with Sick Siblings

Writs Of the Dwarf My thanks to Deirdra Eden-Coppel

I used this firm when I had my computer business. They did a great job for my clients.
Learn more about Data Recovery
services from the Industry Leader

This policy is valid from Nov. 2007 This blog is a personal blog written and edited by me. For questions about this blog, please contact wbentrim@bentrim.info. This blog accepts forms of cash advertising, sponsorship, paid insertions or other forms of compensation. The compensation received may influence the advertising content, topics or posts made in this blog. That content, advertising space or post may not always be identified as paid or sponsored content. The owner of this blog may be compensated to provide opinion on products, services, websites and various other topics. Even though the owner of this blog receives compensation for my posts or advertisements, I always give my honest opinions, findings, beliefs, or experiences on those topics or products. The views and opinions expressed on this blog are purely the bloggers' own. Any product claim, statistic, quote or other representation about a product or service should be verified with the manufacturer, provider or party in question. This blog does contain content which might present a conflict of interest. This content may not always be identified. Anyone who posts on this blog must be 18 years of age and anything posted should be original and non-defamatory. The author of this blog is not responsible for the accuracy of any information on the blog. To get your own policy, go to http://www.disclosurepolicy.org/ 905cf27793b739b21cf66cd11fdb0f1ba4a15ecee5000e0a87 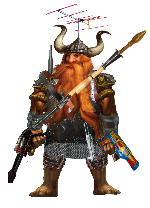